Jay sent in his 1958 Raleigh Sports back in January.  It looks like he's been busy since then, as the attached update proves:


You probably remember that I've already made a submission to your old three speed gallery before and I've got updates.  It's up to you if you want to post about my bike again.

So ever since the first post, my 1958 Raleigh Sports has undergone the following changes:

So, about the restoration, I first disassembled the bike as far as I could.  The pedals were rusted together and I didn't have the tools to do the hub and crank so those were left untouched.  I removed rust from chrome pieces with WD-40 and a penny, as well as vinegar-soaking for smaller parts.  All painted parts were stripped, primed, painted, and clear coated.  The fender ends were rusted thin and crunched up by the previous owner so I trimmed about 1 cm off each one.  I then drilled holes in to add small rubber flaps (which themselves had to be trimmed), more to protect the fender ends than to block mud.  The bike actually runs much better than it used to after just taking it apart and putting it back together.  Many parts are protected by WD-40 corrosion inhibitor spray.  I've already had my first accident on it since restoration but thankfully, nothing happened to the new paint job and needless to say, nothing actually happened to the bike.  I'll continue to ride this daily at school through sun, rain, and snow like it was made to do, which is why I took time to repaint the bike and protect the metal in the first place.  If I was going to baby it, I would have left it original.

-There's a ton more info here on my blog if interested http://stuffjaydoesforfun.blogspot.com/search/label/1958%20Raleigh%20Sports 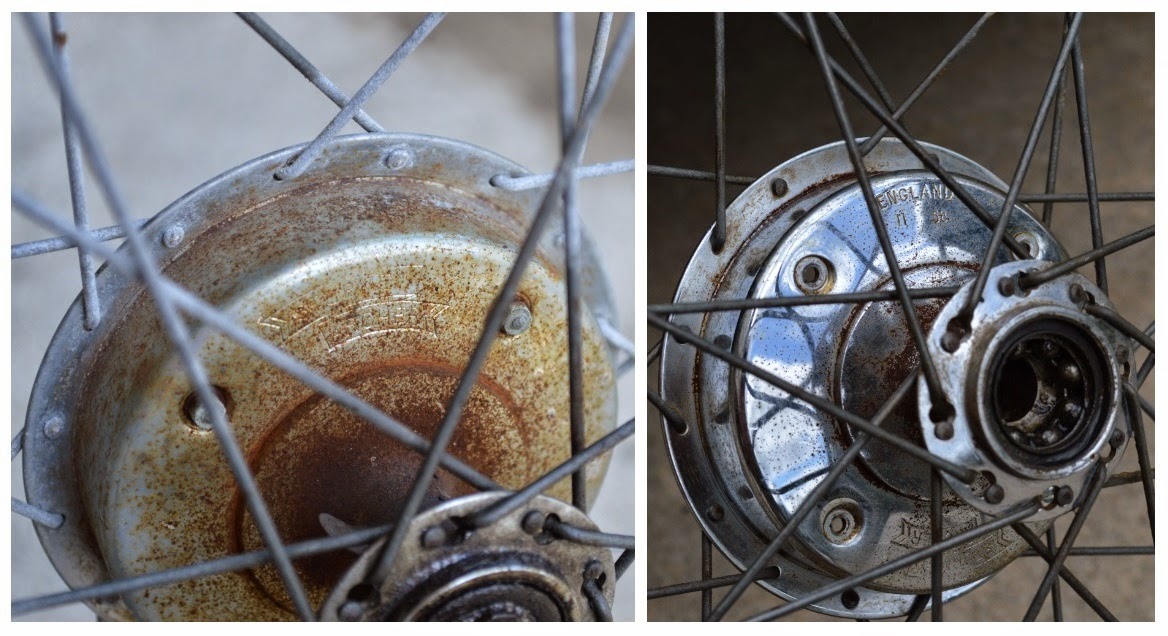 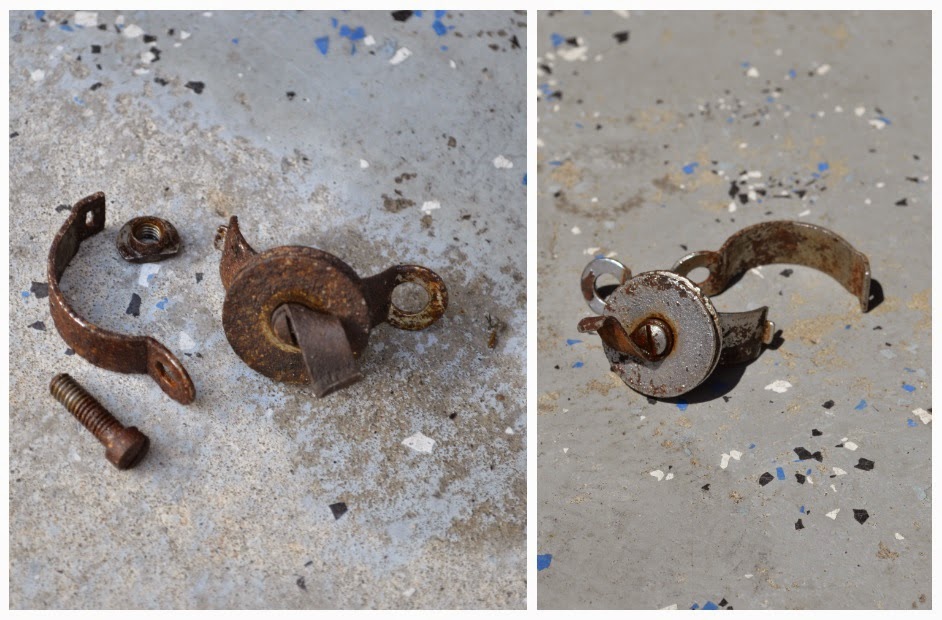 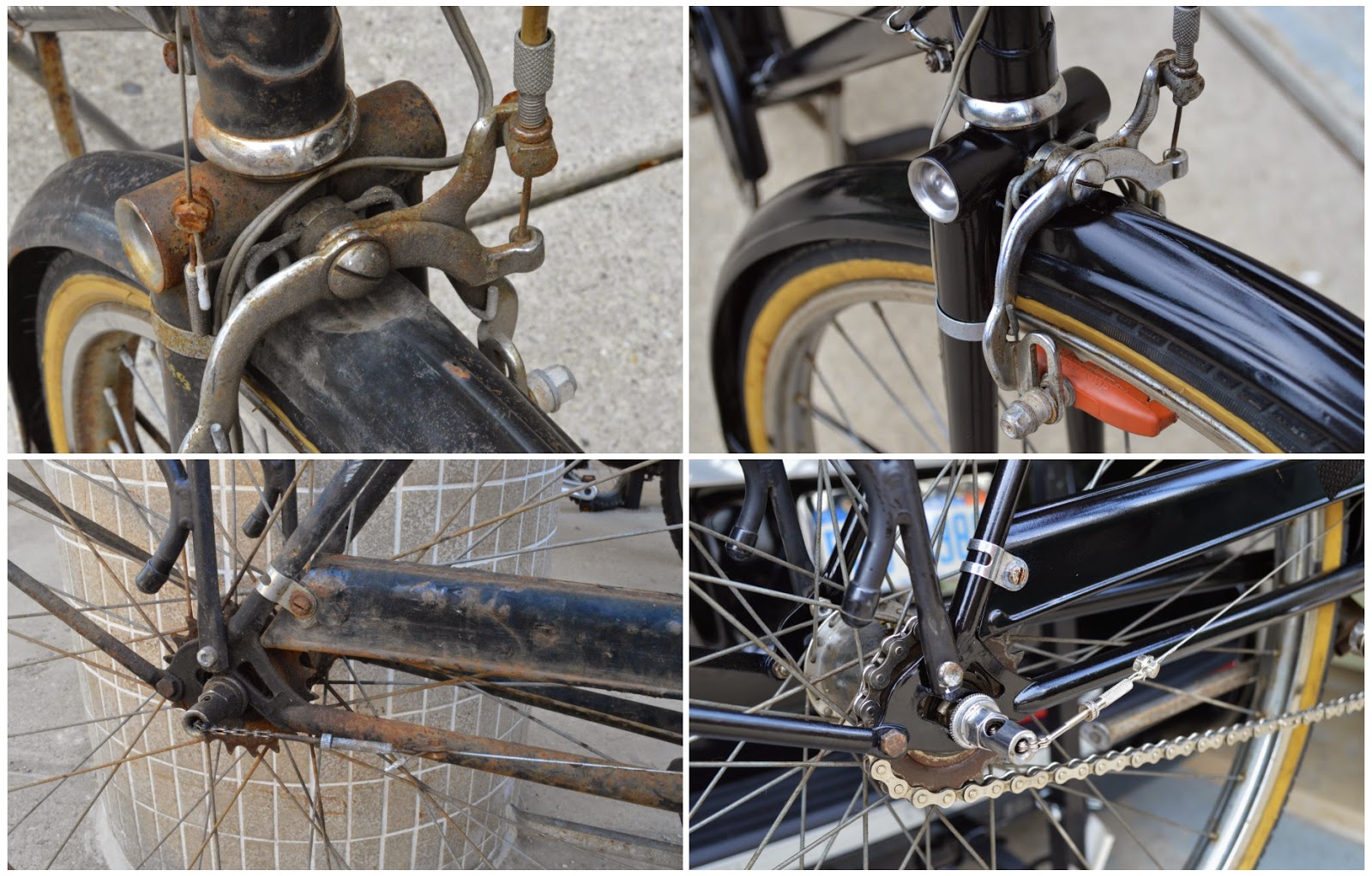 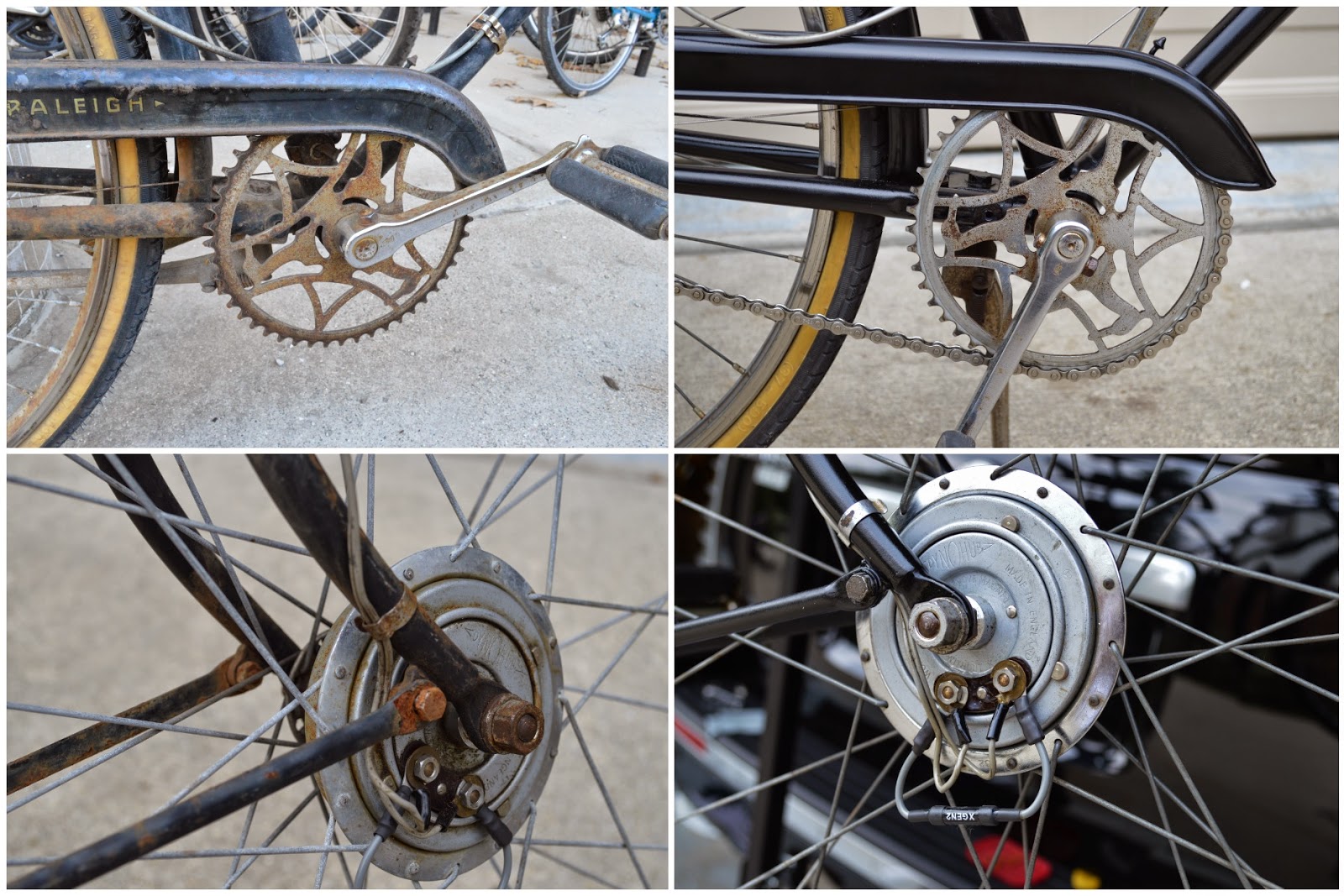 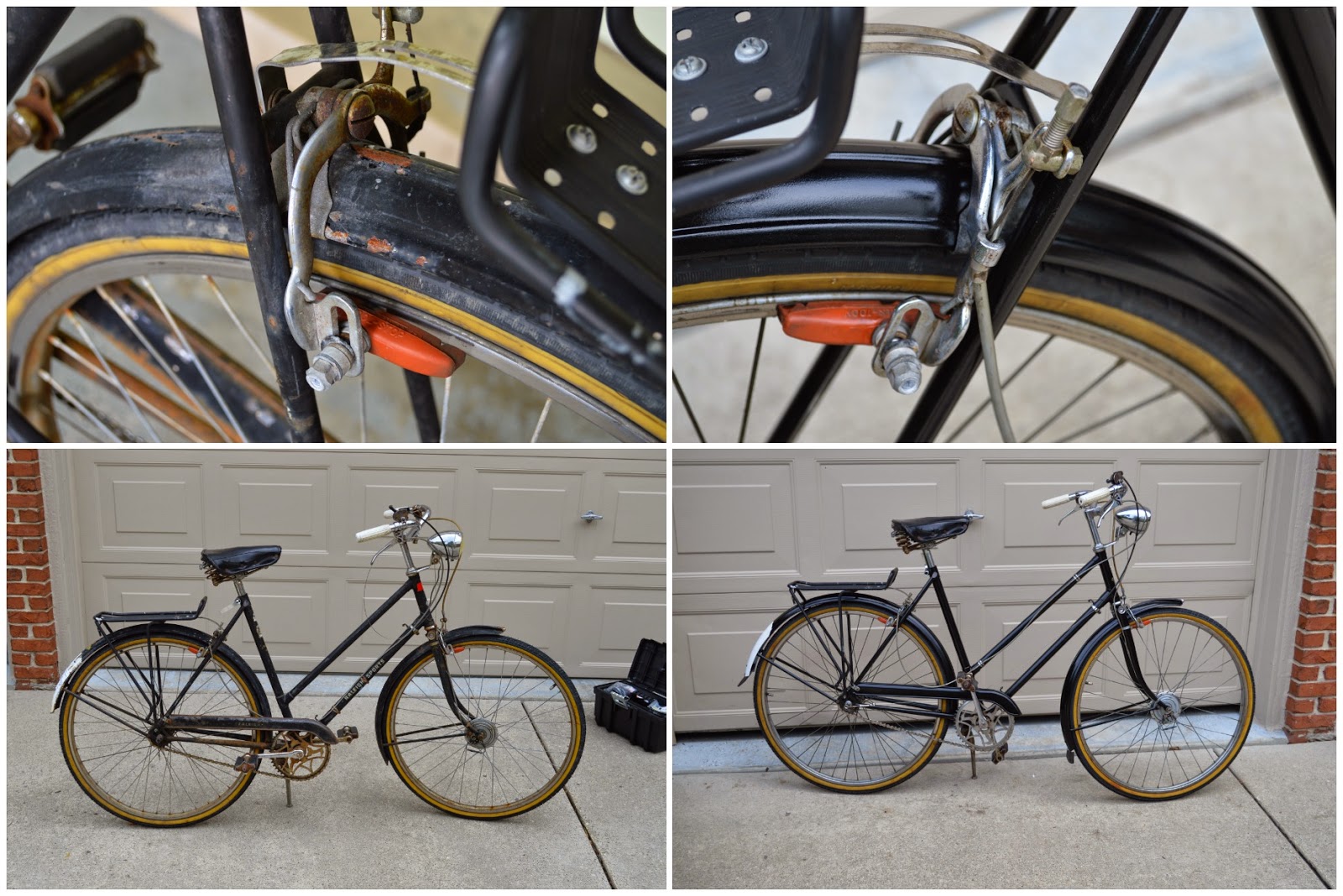 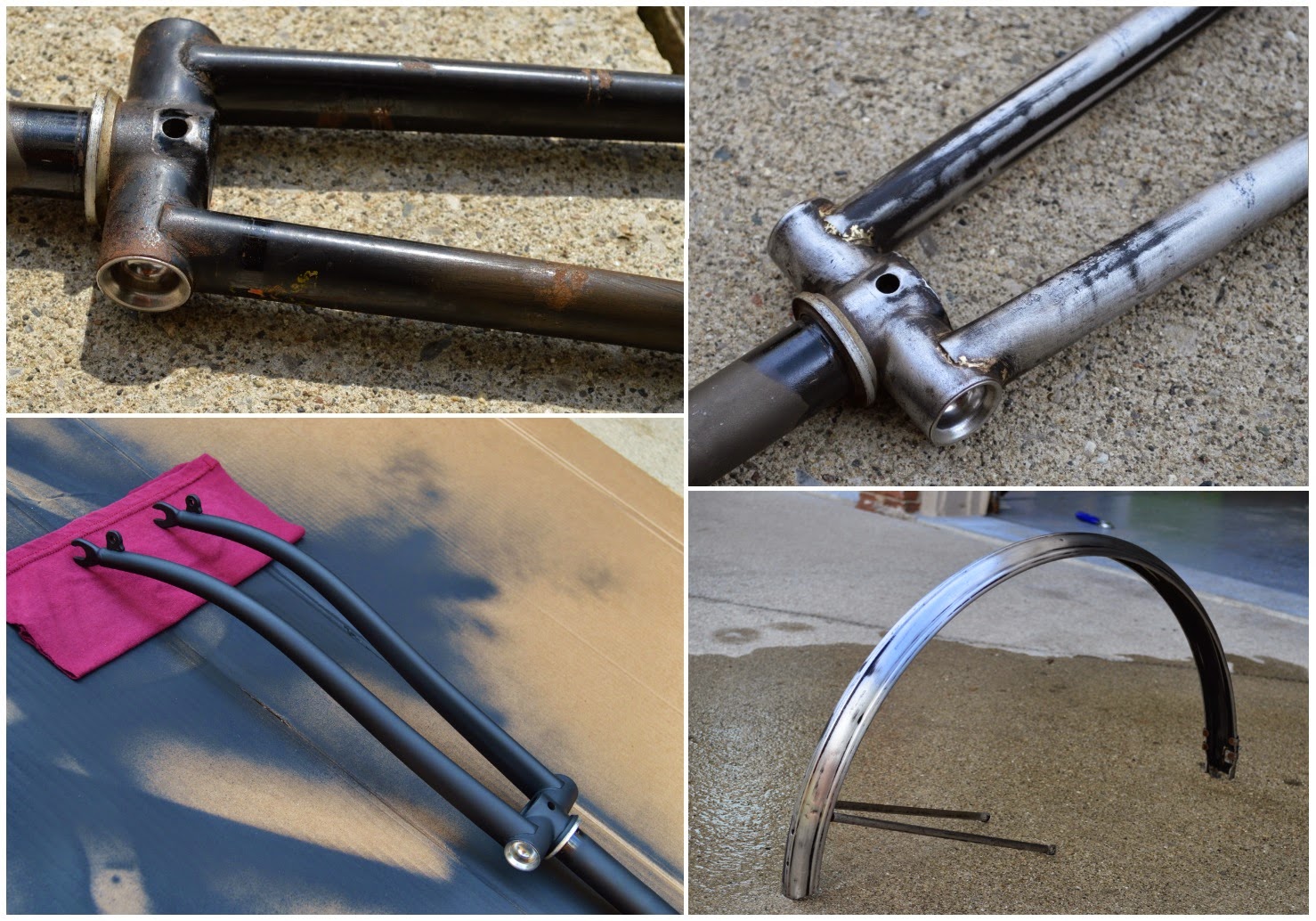 Looking great, and it's good to hear that the bike is being actively ridden.
Posted by Frostbike at 10:28 AM 13 comments: