Krissy wrote months ago about her Raleigh Sports find.  Hopefully it will be worth the wait.

Love your blog, and I'm proud to say that after a year of trolling (jk!), I can finally add my own 1974 Raleigh Sports.Vintage bicycles seem to be the new 'thing' in Southern California. They run for a couple hundred on Craigslist, ridable or not (Raleigh's and Schwinn's especially) and after seeing a few of these on the Pacific Coast Highway bike lanes, I knew I had to get my hands on one.My search started on Craigslist with a guy who appeared to have found this poor little green Raleigh sitting in a storage locker for a few years. The tires had quite literally exploded (probably two decades prior, and no one bothered to change them out), the original grips were crumbling off, the original seat and pump were gone, and it was covered in layers and layers and layers of grime. These were only the things I was able to notice first-hand. So I talked the guy down to $100, he sprayed the frame down in WD-40 (GOOD LORD WHY!?!?!?) and I was on my merry way.After taking it home and giving it a closer inspection, the bike was unsurprisingly an absolute mess. The seat post had rusted in, the head tube was grinding, the front hub was grinding (only to find out later that the bearings were simply, well, gone. WHERE DID THEY GO!?), the left pedal was bent (still is actually, it doesn't bother me too much) and that grime, THAT GRIME! No amount of elbow grease could get that stuff off. My main concern from the beginning was the Sturmey Archer hub, but luckily for me it was perfectly fine, if not a little temperamental.So after a complete overhaul and parts replacement (the usual cables, tubes, break pads, etc), seat (lightly used Brooks B.68, a lucky find at my local Schwinn shop), gum wall tires, grips (made of wood by Vise, thought it was a cool look and matched the tires pretty well) and a bottle of Simple Green Motorsports (if only I knew about this stuff sooner, FREAKIN' MAGIC! Cleans EVERYTHING!) I had a new bike. I couldn't believe how rich that green was on my little Sports once it cleaned up, and because of this I have simply named her 'Green'. 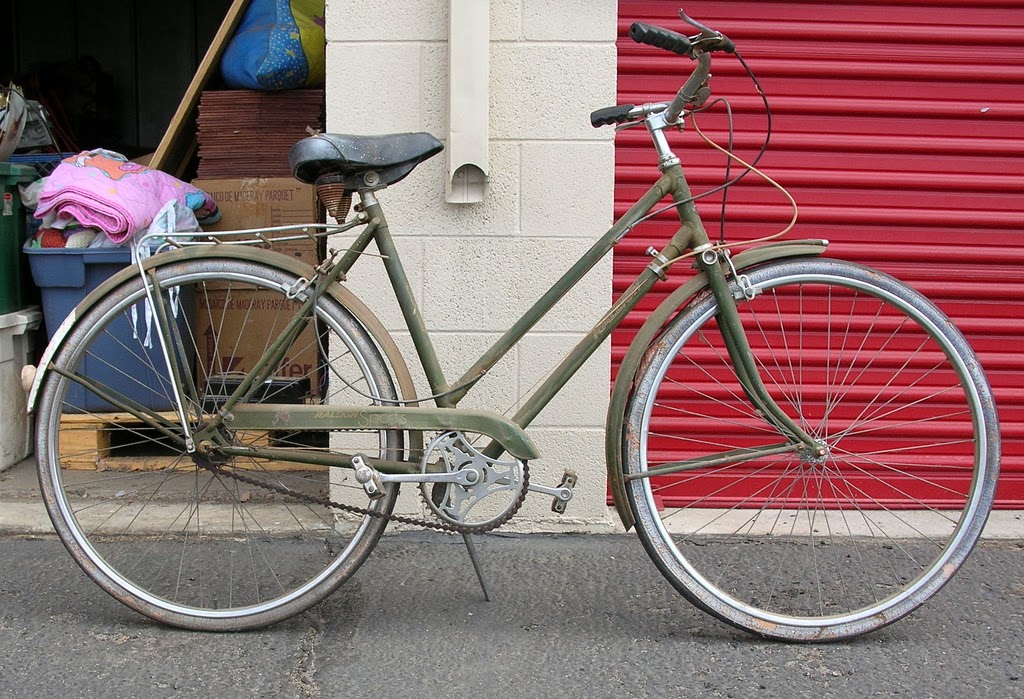 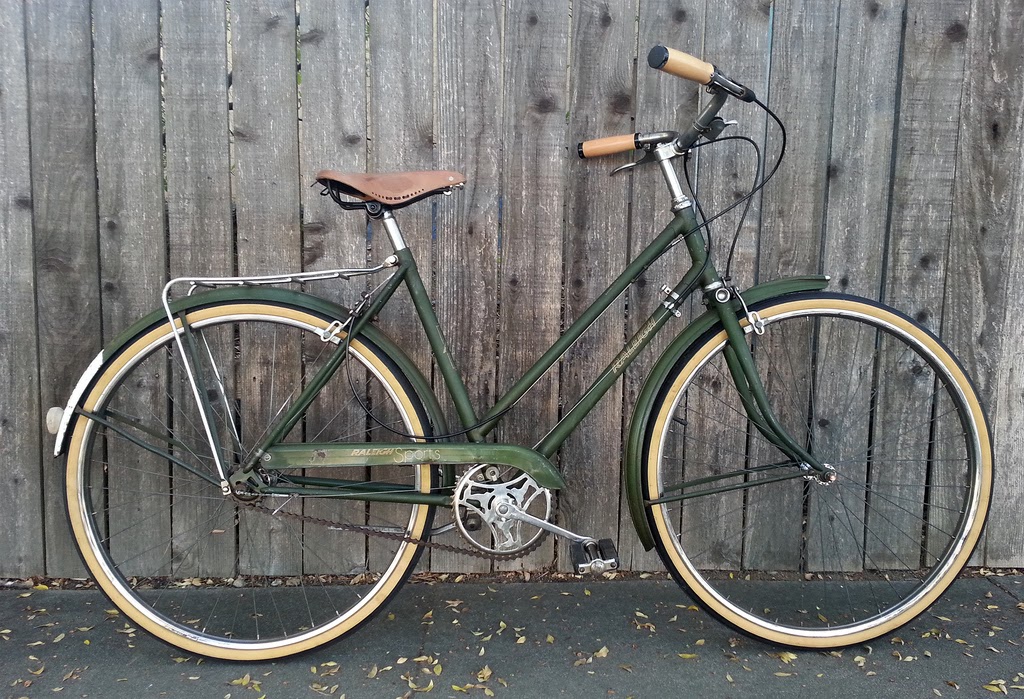 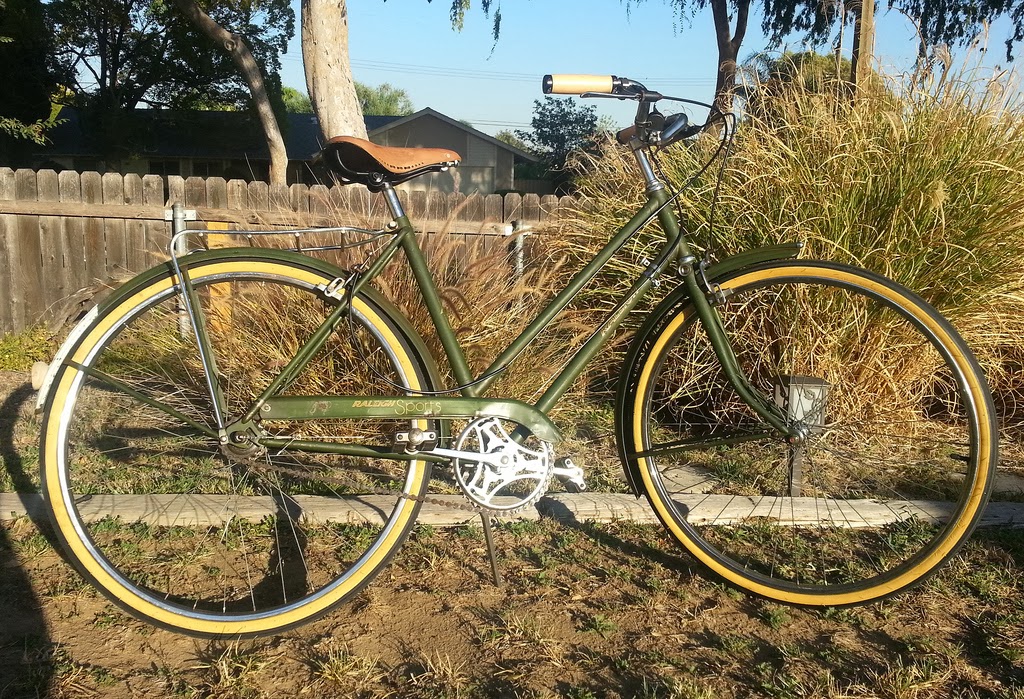 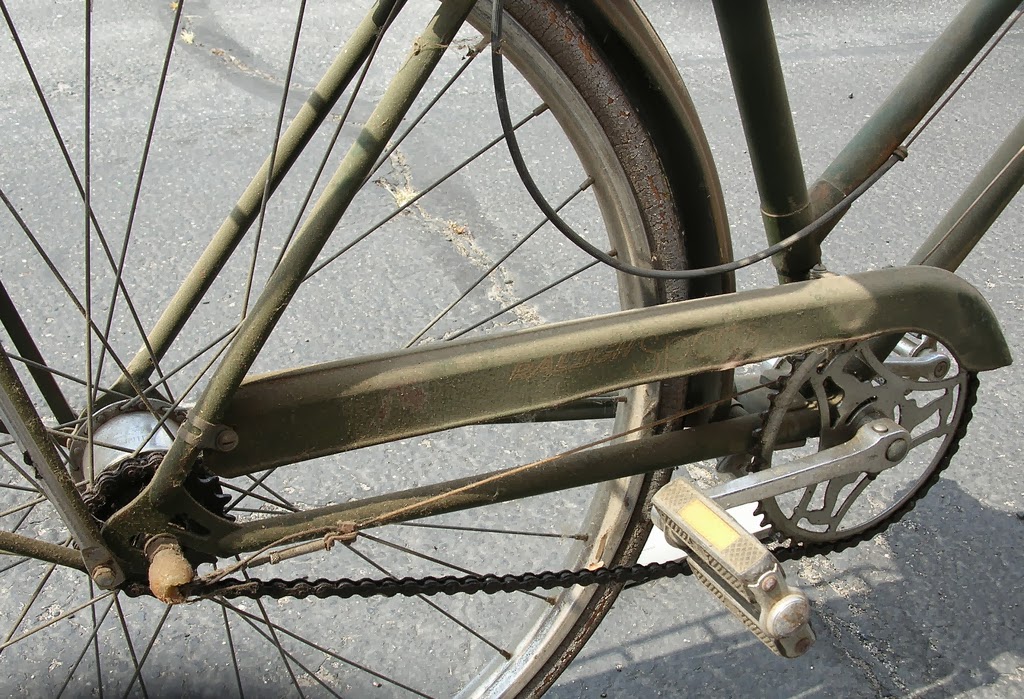 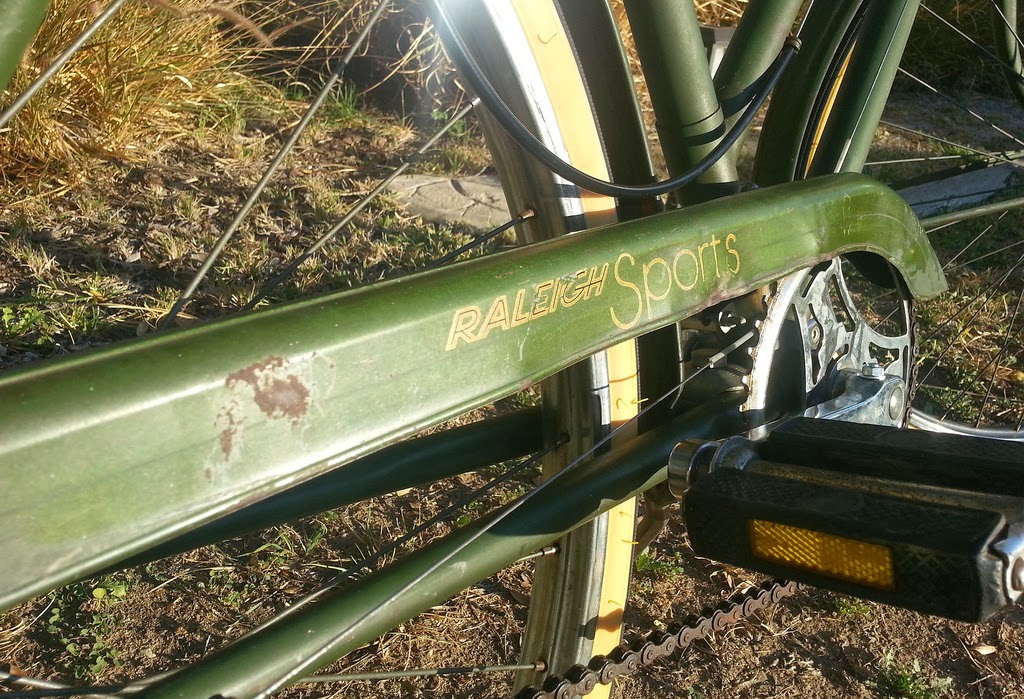 You can view the set of original photos, along with Krissy's commentary, here.
Posted by Frostbike at 9:18 AM

Hey! the before/after cleaning pics of your bike give me some hope - my bike is the one above yours in the blog and the finish looks similar to yours before you cleaned it. I'm not sure if my paint is just weathered though and I will be restoring it anyway. Maybe the grime will protect my paint before then? or maybe it will trap water and make it worse... haha

hello there i have a 1974 raleigh lady sports in brown almost mint condition even has the og rear reflector. the bike is all original with rear collapsable basket . very cool. im intrested in selling cuz i only roll schwinn cruisersi inherited this amazing bike.. it rides like a luxury solid car..
$350
richard
richla323@aol.com