Mark is back again, this time with pictures of his wife's bike (and his wife). He's also done his homework on this bike, as it not only comes with photos but a brief history lesson: 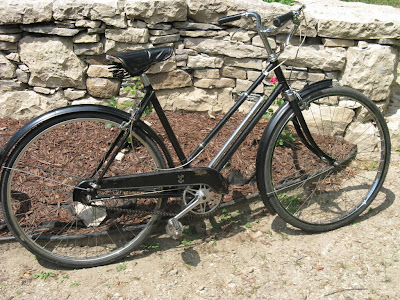 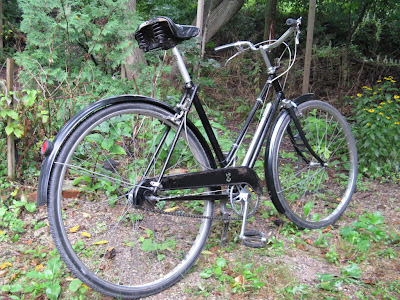 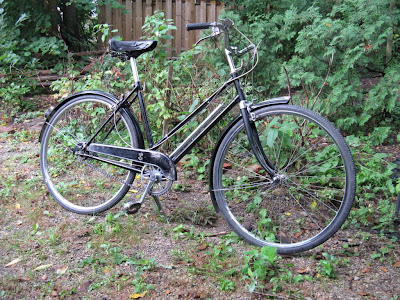 The Standard Cycle Company Ltd of Birmingham was one of the oldest bicycle companies in England - they started in the late 1890s in the hotbed cycling centre of Birmingham/Coventry. They were quite the going concern through the decades until 1965, when in October the company was absorbed by the Swift Cycle Company (of the same area). There is little information available online about the company, but they appeared to make quality bicycles. 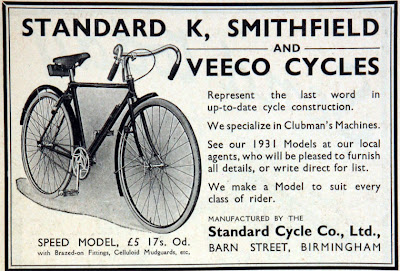 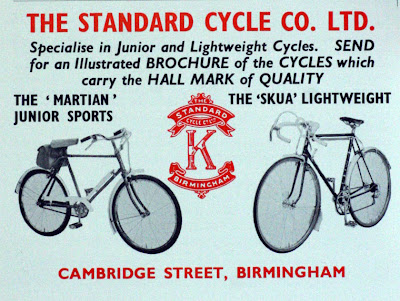 Here's a shot of the company logo:

My wife's bike is apparently their "stock in trade": the Model K - traditional English roadster: frame is "bondarized" against rust, fittings are mostly Brampton and Nicklin, and overall the quality of the ride is excellent......The bike is mostly original; the exceptions are that the front wheel was replaced prior to our ownership, the seat post has been replaced by a modern alloy (mostly so I could raise the seat so I could ride it). Other than that its pretty much as it was when it left the factory in 1956. My wife and I love riding together as it seems 3 speeds have the same effect as motorcycle sidecars: everyone smiles, waves, says hello as you ride by, with that lovely "tick-tick-tick" of the SA hubs to keep you company..... 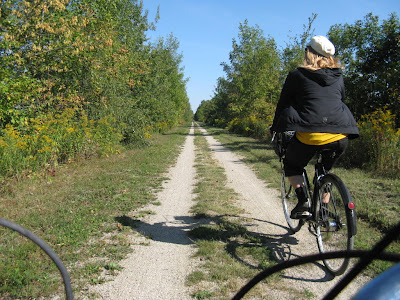 We thank Mark for sharing, and hope he won't be in trouble for submitting a photo of his wife's backside...
Posted by Frostbike at 6:44 PM 2 comments:

Mark sends photos of another less common 3 speed. He goes as far as to call it an oddball, but we won't resort to such name calling here. 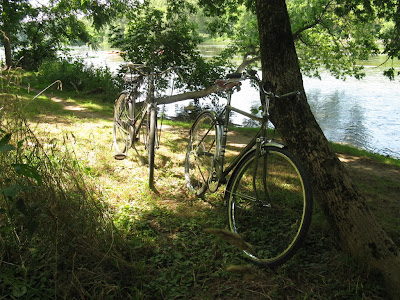 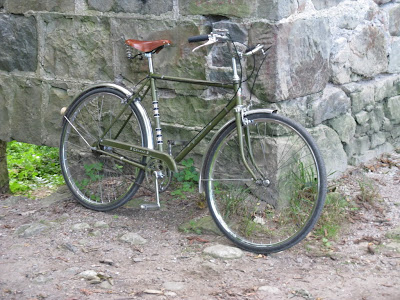 I noted you said its been quiet on the site lately, so thought I'd provide another photo or two for you. The Eaton's Glider is essentially a Raleigh Sport made for the (now defunct) Canadian Department store chain. Mine appears to be 1972 (based on the hub), and it seems to be mostly original. Interestingly, the rims are Canadian not English! I added the Brooks, and the fenders are not original but close.....

I've been having a ton of fun on this bike, which I've only had for about 6 months.

Here are a couple of shots:

(The black bike in the background is my wife's 1956 Standard Model K - more photos later).

Thanks for the submission, Mark, and for the promise of something else to look forward to. These are the things that help us make it through winter.
Posted by Frostbike at 7:32 PM 1 comment:

Shawn sends lots of links for pictures of his Raleigh Wayfarer. It's a nice looking bicycle, and it's been outfitted for daily use with some nice upgrades. Though it remains true to the style and the era in most, if not all, of the changes.

Love the Three Speed Gallery site. I've been meaning to submit my
bicycle for awhile, but I've only now gotten around to it!

I bought a Raleigh Wayfarer Raleigh for $30 off of Craigslist in
December of 2010 and had to go to darkest East Vancouver, Wash. to
obtain. It's a classic British 3-Speed from the 1970's. I can't find
much info about this particular model on the internets, though. I
spent a lot of energy and some money restoring and updating it. Now it
is my primary "everyday" city bike. I love this bike!

thanks for your time.

It's a great looking bike, and $30 may never have been as well spent.
Posted by Frostbike at 7:22 PM 1 comment:

It's been quiet out there lately in Old Three Speed Gallery land. Everybody is hunkering down for winter, I imagine. Thankfully, Jon sent some nice pictures of his 1979 Raleigh Supurbe. Should give a gentleman something to do on a cold winter's night. 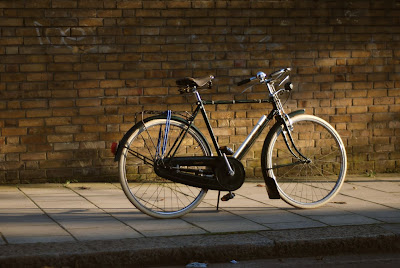 Hey there,
I've been lurking your blog for a while and I thought I'd submit my recently acquired '79 Raleigh Superbe. I bought it about a week ago and have added new tyres, changed the shifter and swapped the saddle for a leather brooks. It's mostly original with almost all the original bits and pieces. Anyway there are more pics and the full story at my blog

Ben sends some pictures of old Raleigh Sports that he received from his grandfather. Not much other info than that. He does say "bikes" but I'm unclear if these pictures are of one bike or two. 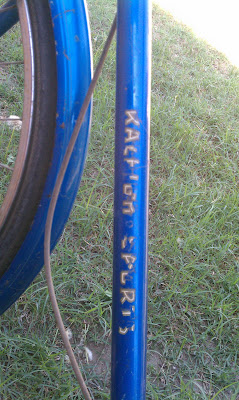 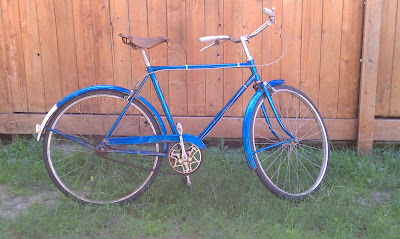 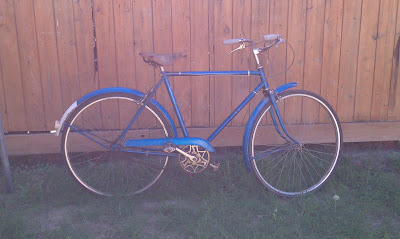 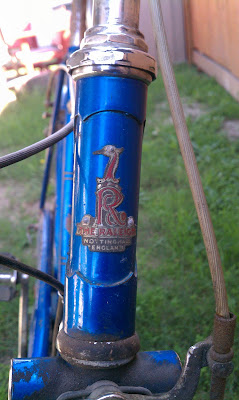 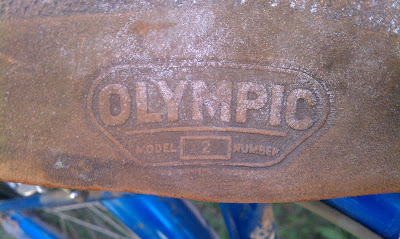 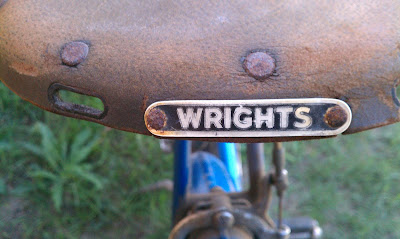