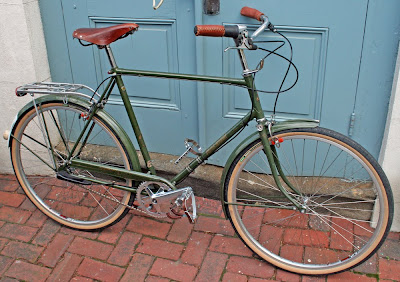 Rob sends along a beautiful 1974 Raleigh Sports. While he's a little light in the picture department, he makes up for it in description:

My bike is a 1974 Raleigh Sports. I bought the bike for $100 and somehow ended up dumping another $800 into it, which basically makes it a bit more than a new 8-speed Linus but much less than a Pashley. It has more character than either and is actually lighter than both too.
I'm not sure if this bike is allowed on your blog because it is no longer a three-speed. I was having new aluminum wheels built, so I went ahead and found a new Sturmey Archer five-speed hub, which provides a 244% (or something like that) gear range. The bottom bracket and crank were in sorry shape, so I further upgraded the drive train with a Phil Wood bottom bracket and All City crank. The crank clearance required a little trimming of the chain guard. The Panaracer Col de la Vie gumwall tires are smooth as silk on the road. The MKS platform pedals are designed specifically for clips and straps and I found a pair of brown leather-tipped clips with matching straps that complement the faux-leather grips and genuine Brooks saddle (B17 shown, but swapping that out for a B66 shortly). I still need to polish up the chrome and paint, but this bike is looking pretty good and riding even better. It beats any modern hybrid on the road for speed, comfort and style. As they say, a man who spends more than he wans on a bike cries once, a man who spends too little on the wrong bike cries every day. In fact, my big regret is not springing for the polished rims.Special thanks to Andrew at Bicycle Therapy in Philadelphia for taking my box of parts and unridable bike and turning it into something I expect to ride for decades.

Because we here at the Old Three Speed Blog are bad at math, at least when it comes to money spent on bikes and also on excluding certain bikes based on an arbitrary number of gears, we agree with Rob and feel the bike is worthy of being featured.
Posted by Frostbike at 5:55 PM 2 comments: 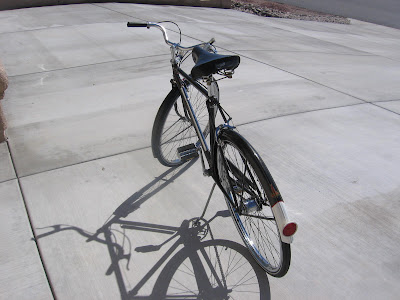 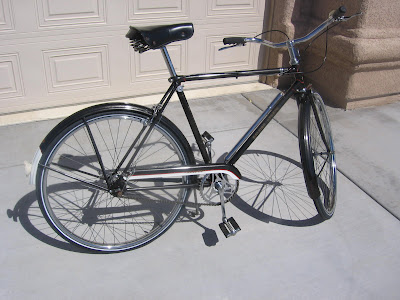 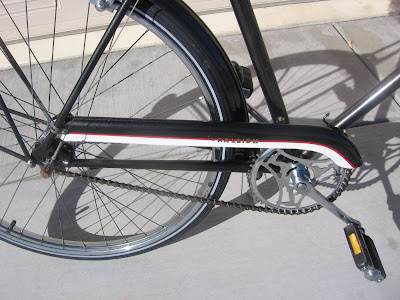 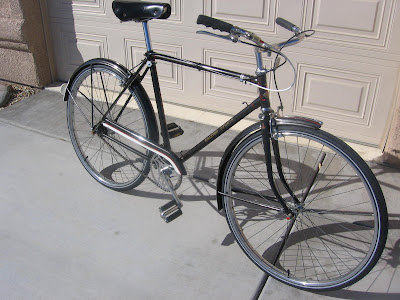 I've been a little remiss in my admin duties, and have left Bill's 1972 Raleigh Sports in my inbox for a few days now. Bill says

I‘ve been researching old bikes and found your gallery and I really appreciate he great stories and pictures of vintage bikes. I’m a 69 year old cyclist and have been riding since high school, I ride all types of old and new bikes. A friend gave me this 1972 Raleigh Sport that had been under his house for the last 20 years. I got looking at it and decided to fix it up so here is what it looks like. I know I might have de-valued it by painting it, bit it’s mainly “garage art” for me.

Some folks may think it's devalued, but here at the Old 3 Speed Blog any bike that is fixed up and used is valued in the truest sense of the word. Thanks for sharing, Bill.
Posted by Frostbike at 7:15 PM No comments: