Jim,
Here's a photo taken a couple of years ago of me and my Raleigh DL-1. I think I bought this one around 1973 (new). It came from Charlie the Bicycle Man, in Lima, Ohio. With 24-inch frame, low angles, and 28 x 1 1/2 tires it's perfect for the brick streets in the neighborhood where I used to work. It looks rough but still is in good mechanical condition.
I had an earlier one, bought new in 1969, that got stolen. I had retrofitted it with an AW-4 hub. For a while I had it set up with a 3-step sprocket assembly and derailleur by Cyclo, that gave me 12 speeds. I had already removed the derailleur setup before the bike was stolen. Someplace I have a photo of that rig; I'll scan it if it turns up. 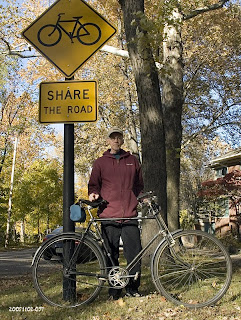 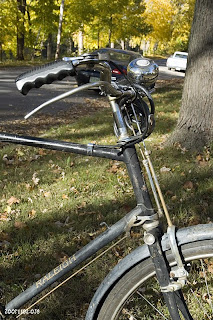 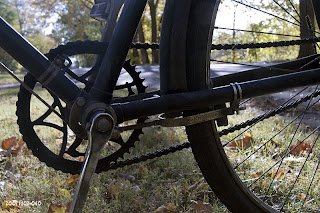 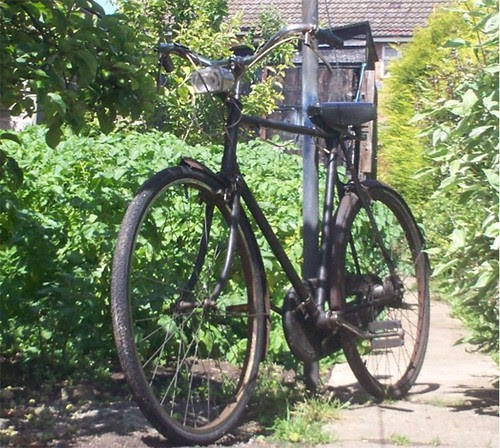